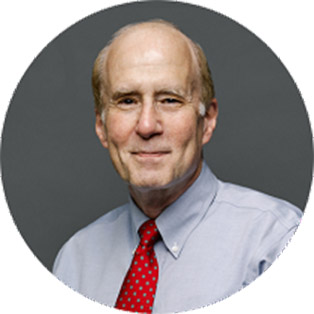 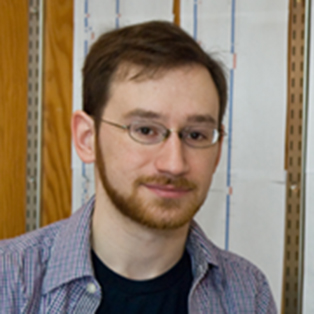 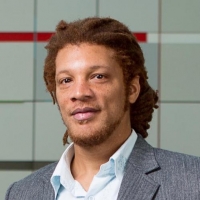 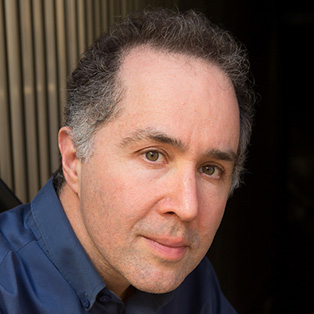 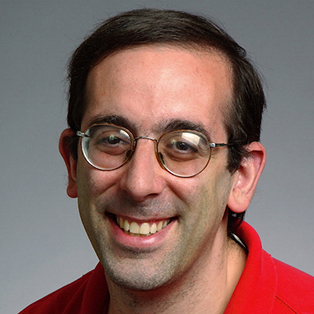 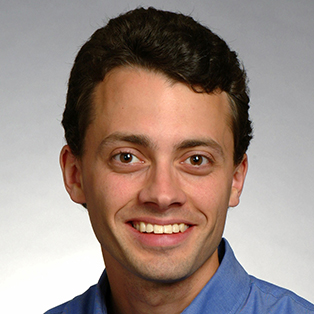 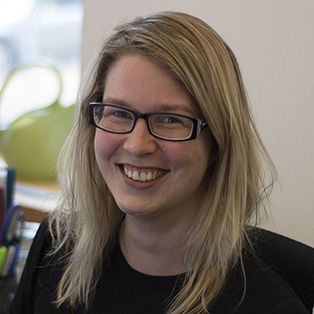 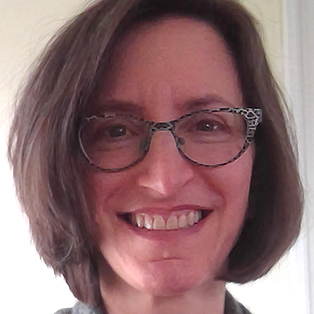 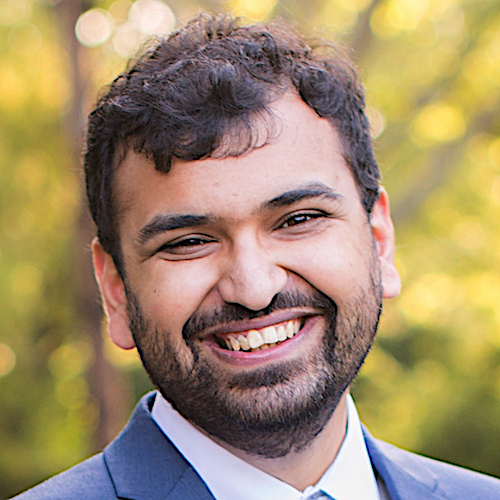 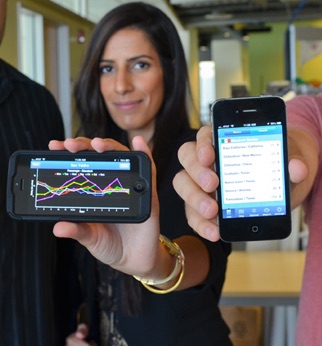 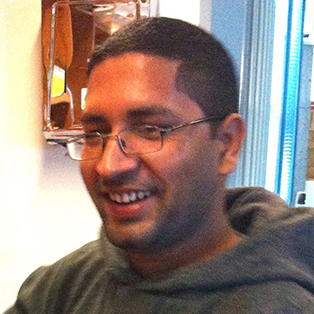 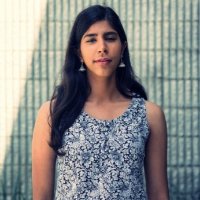 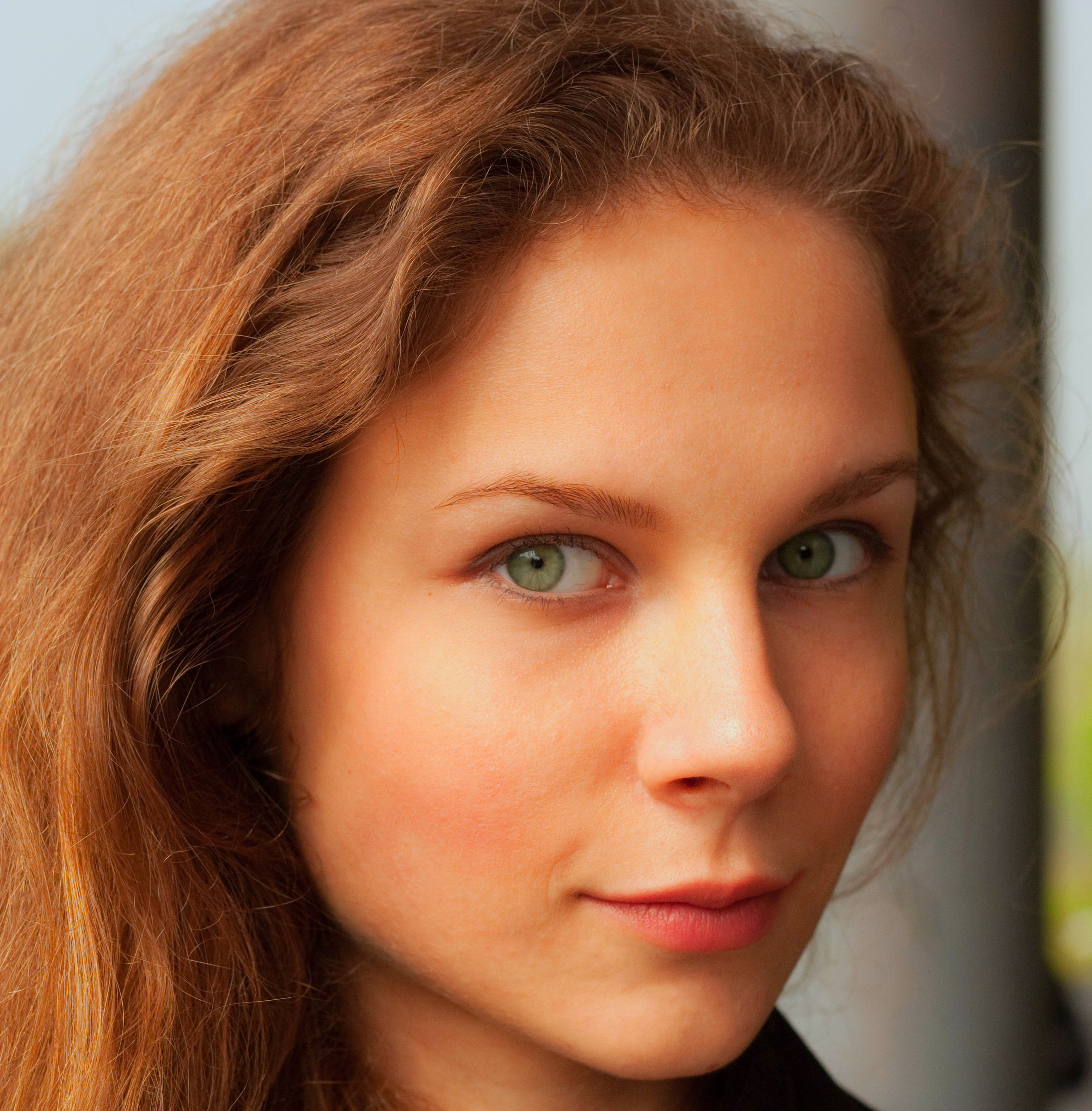 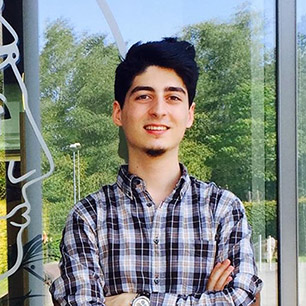 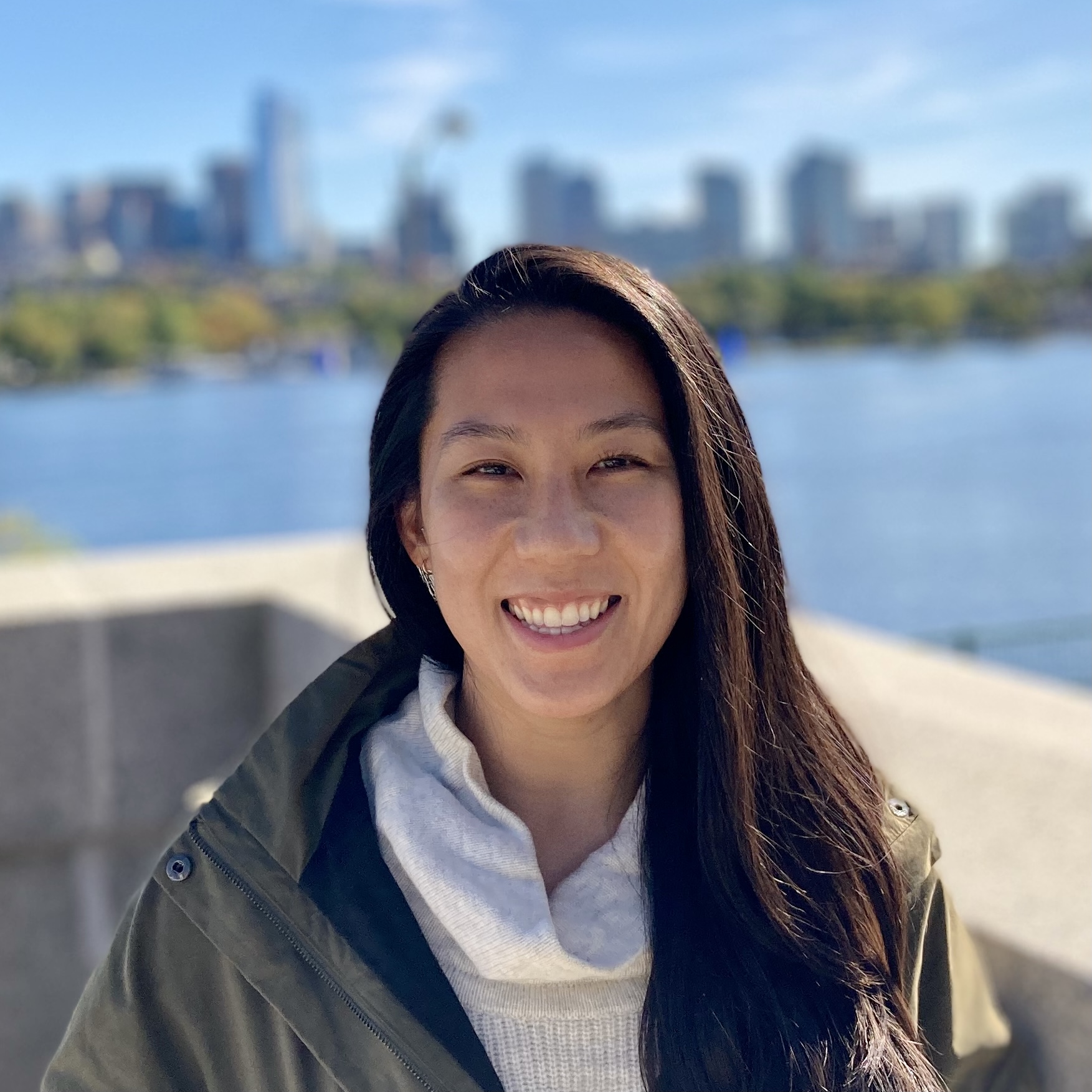 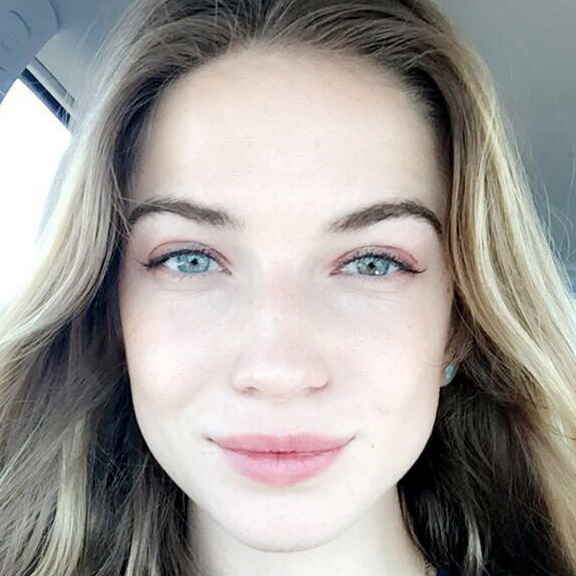 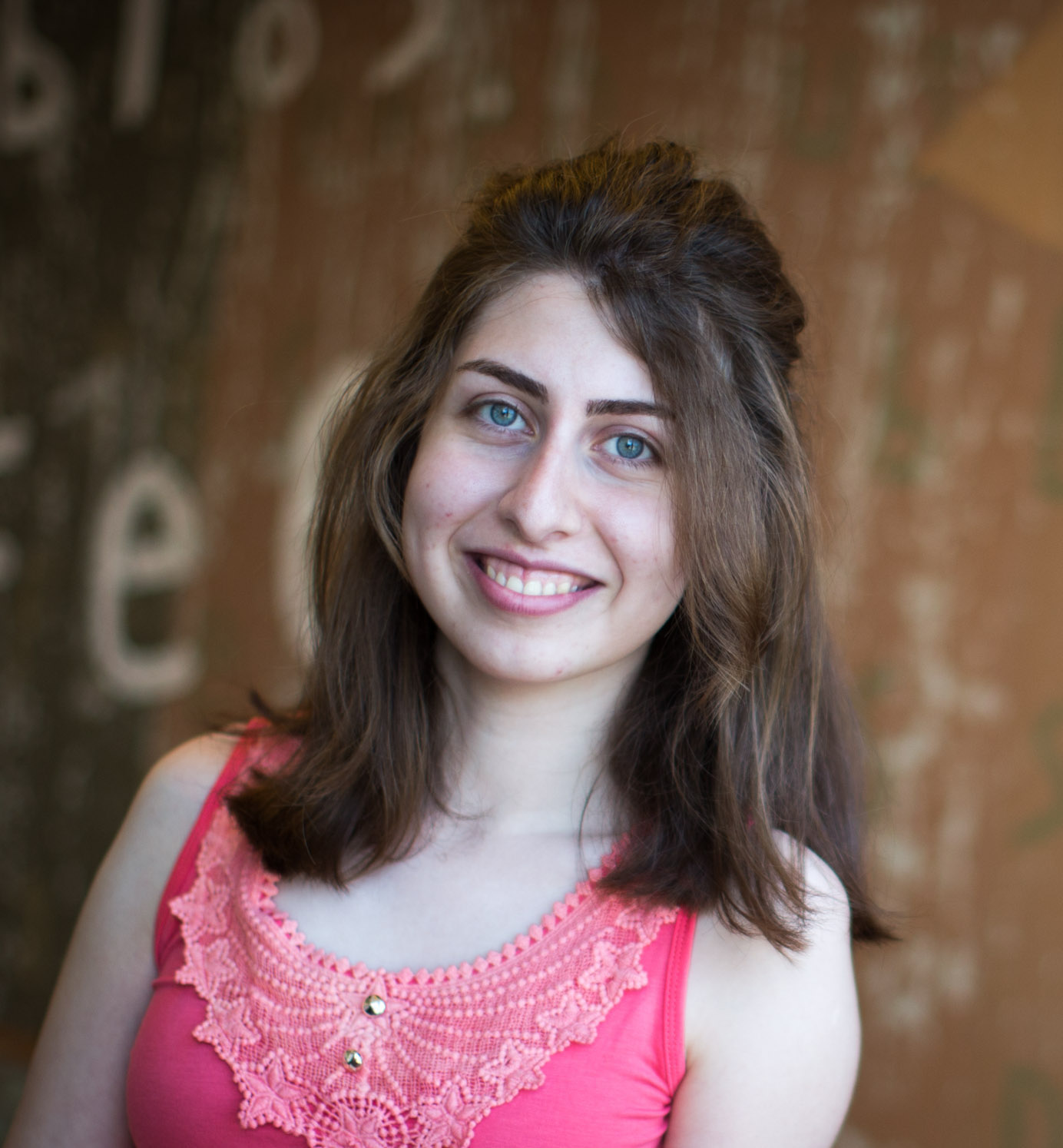 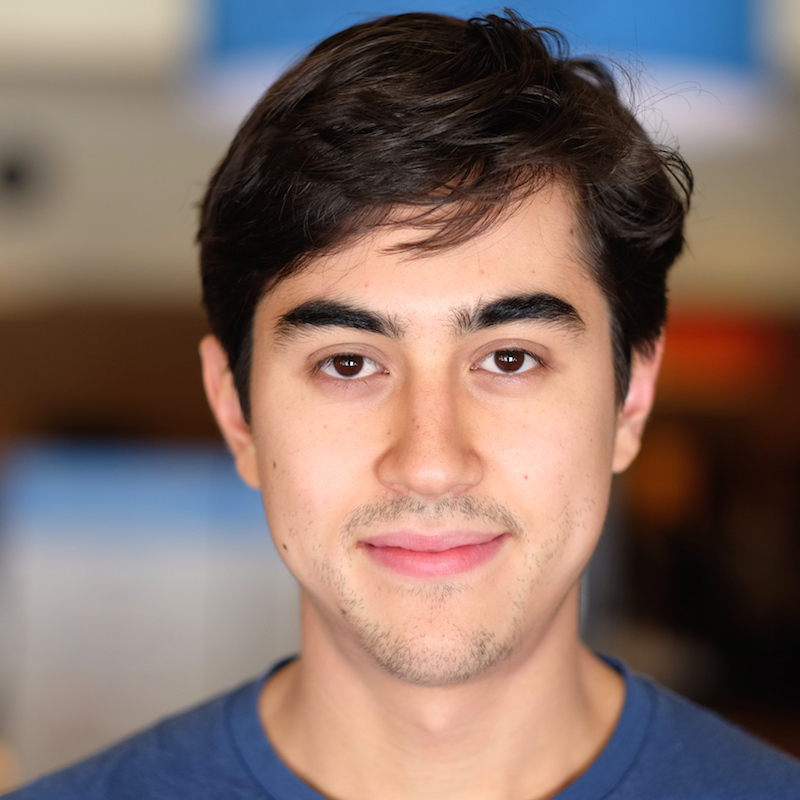 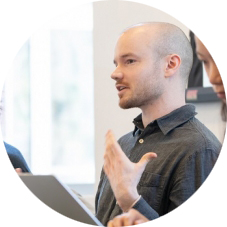 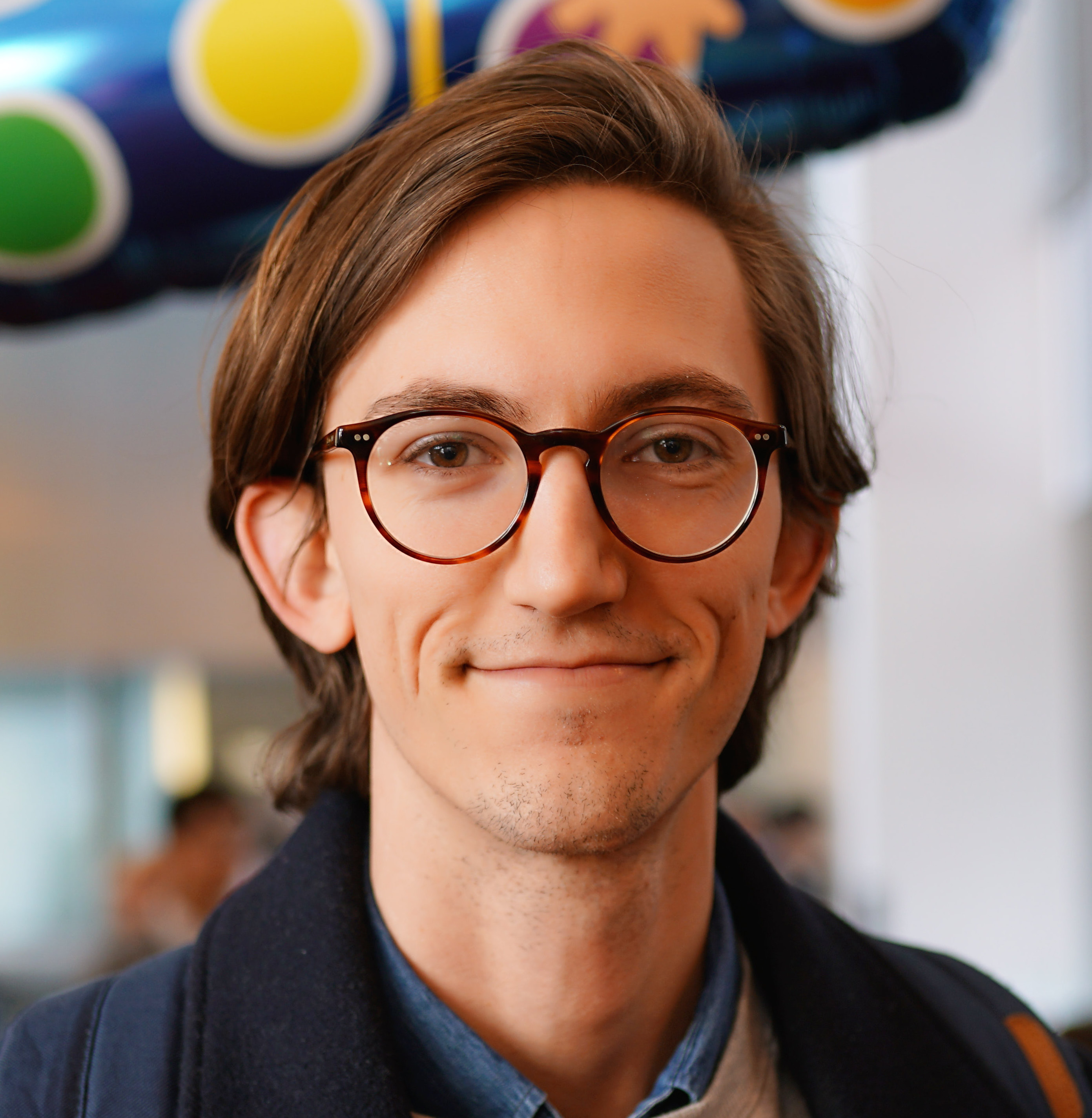 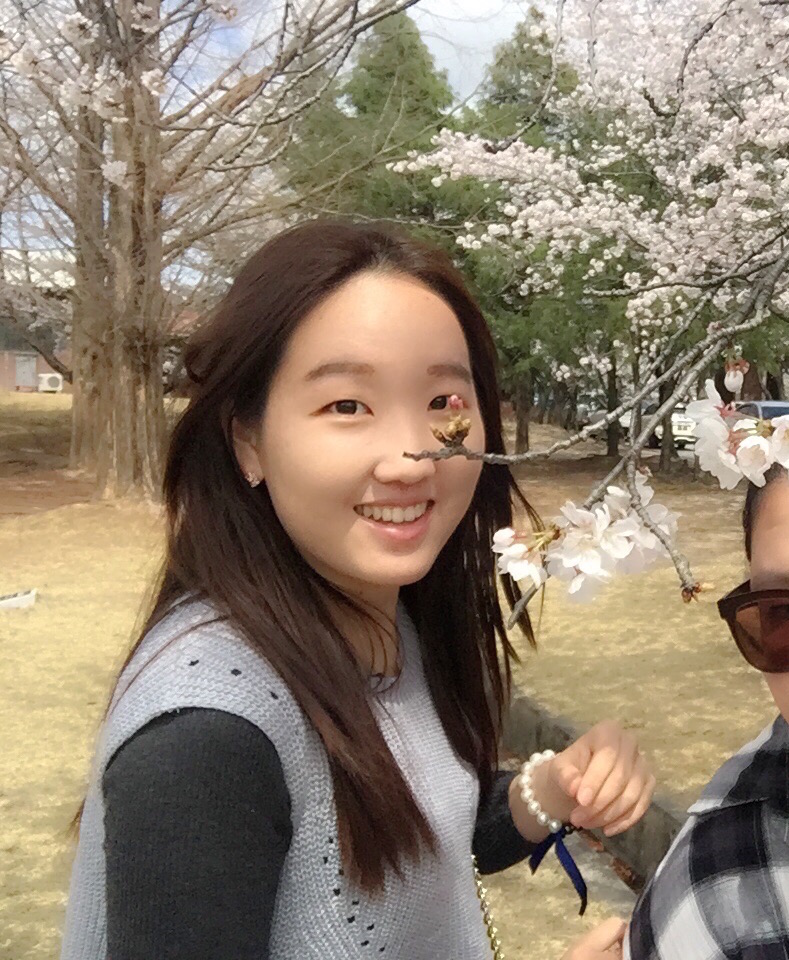 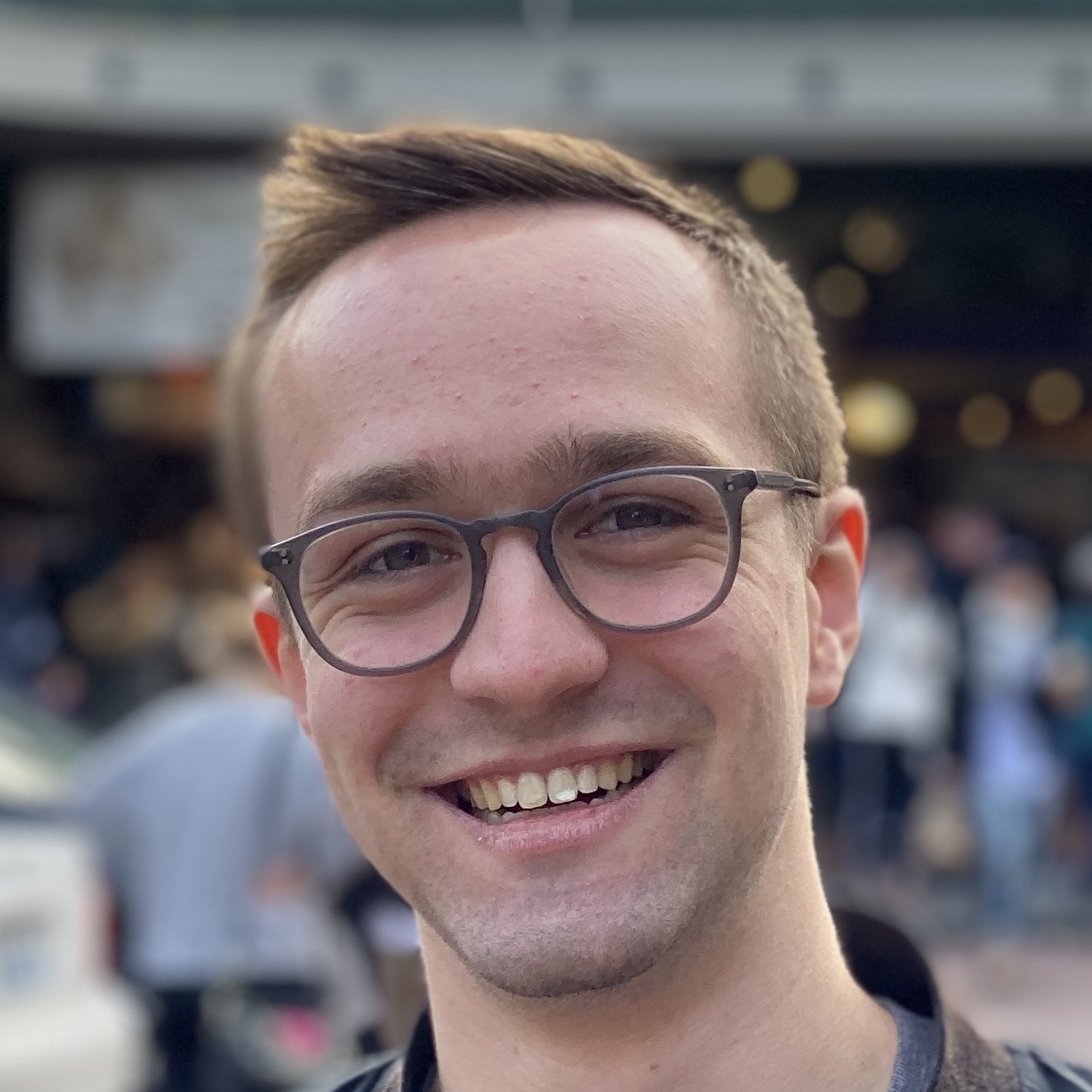 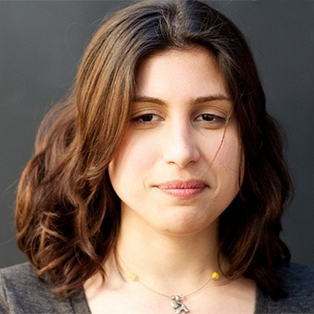 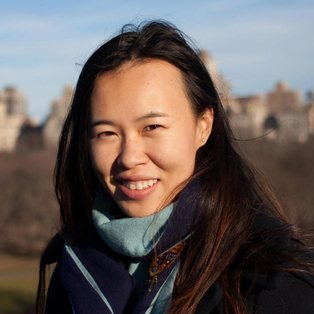 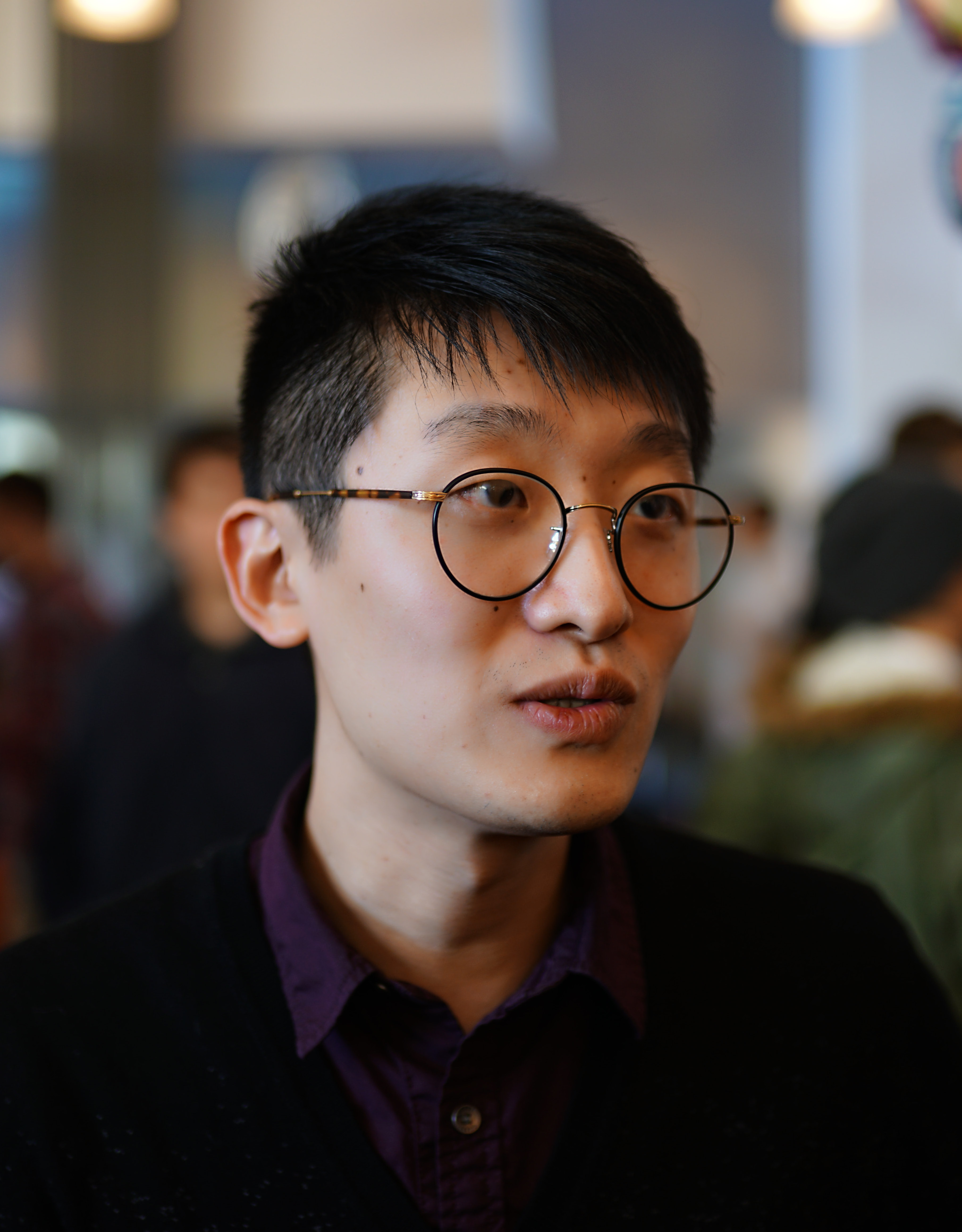 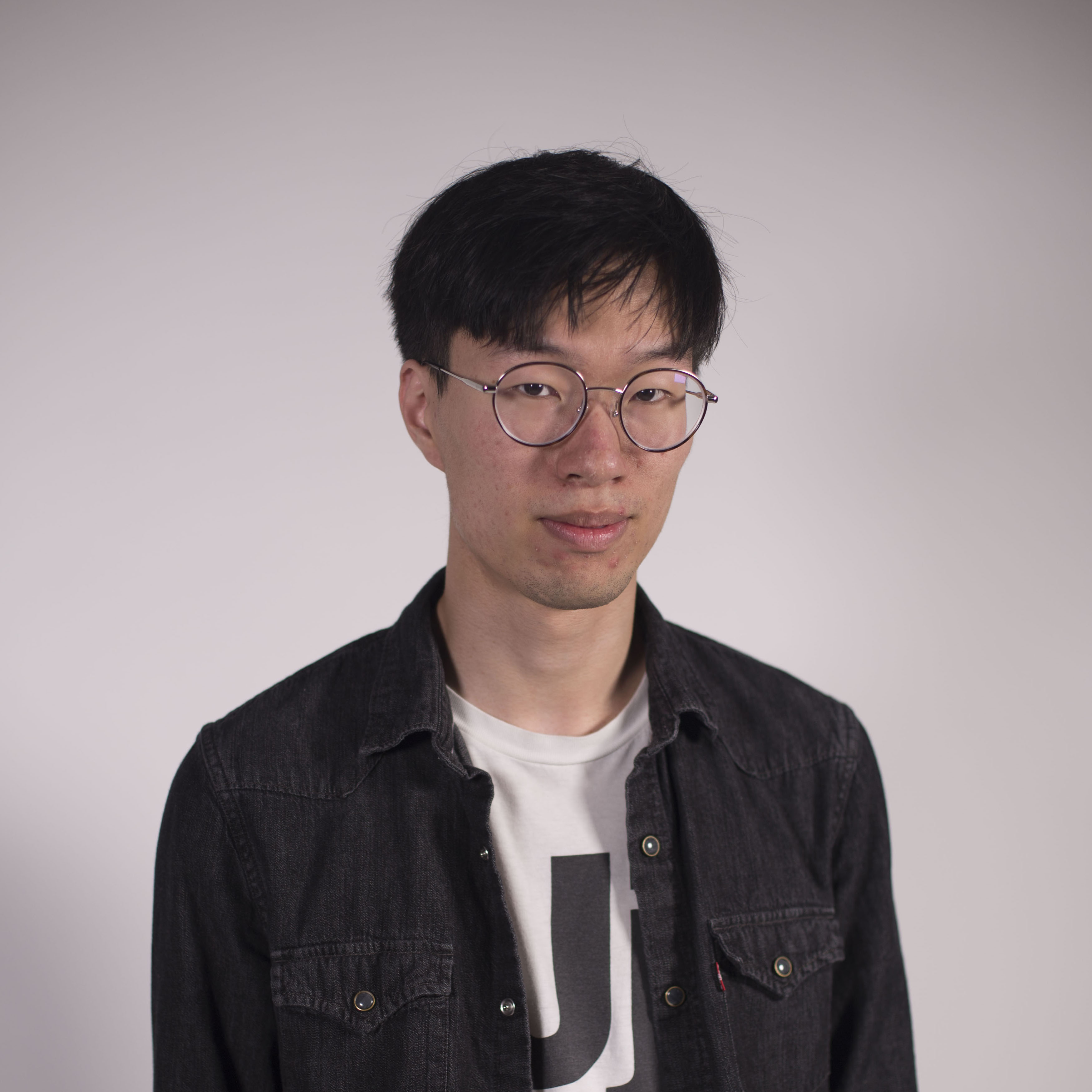 Email has grown from a tool for communication to one that also encompasses task management, notifications, and a personal information repository. However, current email clients are not flexible or powerful enough to handle users’ myriad needs for email. To address users' demand, we aim to redesign emails ranging from programmable personal inbox to community-wide mailing-list.

Inspired by the history of the user interface for personal computing, we are developing new interaction models for personal fabrication. Instead of working through a digital 3D editor, we propose to let users work hands-on on the physical workpiece and to update the physical object after every editing step. Our long-term vision is to enable direct manipulation for physical matter in the same way as we today manipulate digital data on touch-devices, such as the iPad.

Even though considered a rapid prototyping tool, 3D printers are so slow that a reasonably sized object requires printing overnight. This slows designers down to a single iteration per day. Our concept called Low-fidelity fabrication speeds up design iteration by printing intermediate versions of a prototype as fast, low-fidelity previews. Only the final version is fabricated as a full 3D print.

Gitless is an experimental version control system built on top of Git. Many people complain that Git is hard to use. We think the problem lies deeper than the user interface, in the concepts underlying Git. Gitless is an experiment to see what happens if you put a simple veneer on an app that changes the underlying concepts. Because Gitless is implemented on top of Git (could be considered what Git pros call a "porcelain" of Git), you can always fall back on Git. And of course your coworkers you share a repo with need never know that you're not a Git aficionado.

For decades, 'software design' has been about the internal structure of the code. Recently though, with the growing interest in design thinking, practitioners and researchers have started focusing more on the design of the behavior of the software. The behavior not only determines the user experience, but also shapes the implementation in fundamental ways. In this project, we are developing a radical new approach to software design that focuses on this aspect. The key idea is the identification of conceptual constructs that embody the key behavioral features of the application. To realize the goal of a new design method for software, we analyze existing systems and applications and develop new ones, polishing our design theory in response to what we learn from case studies.

Espalier (formerly Object Spreadsheets) is a new computational paradigm that combines the usability advantages of spreadsheets with SQL-like expressive power, providing a way to build a wide class of interactive applications more easily than with existing tools. Nearly every organization is responsible for processes that involve collection and manipulation of structured data subject to certain rules; in CSAIL and EECS alone, examples range from a milk pool that tracks whose turn it is to buy milk next to the graduate admissions process. The Espalier tool can be used to build organizational applications that support these processes by letting users view and update data subject to the applicable constraints. Espalier seeks to provide an integrated visual environment to construct the schema, data, and logic that is natural enough to appeal to end-user developers yet general enough to conveniently express arbitrary logic.

Wait-learning encourages users to learn during times when they would otherwise be waiting, by automatically detecting waiting moments and presenting educational exercises during that time. Combining wait time with productive work opens up a new class of software systems that overcome the problem of limited time by making use of existing wait time for productive activities. Examples of wait-learning moments used by our systems include elevator waiting, waiting during pull-to-refresh, waiting for wifi to connect, waiting for email to finish sending, and waiting for instant message replies.

Communication often has a pictorial component, as for example when designers (of many sorts) sketch, or stand at a whiteboard, drawing, gesturing, and talking about their designs. We want the whiteboard to be smart enough to understand that interaction, i.e., understand the sketches, the gestures, and the speech, and be able to draw, gesture and talk in response, as style we call symmetric multimodal interaction.

For many years neuropsychologists have tested people's cognitive status by having them draw simple diagrams. We have been administering these tests using a digitizing ballpoint pen, then analyzing this data using a variety of sophisticated techniques from sketch understandig, machine learning, and signal processing. This research has uncovered very subtle, previously unknown movements made when drawing that are indicative of cognitive status. 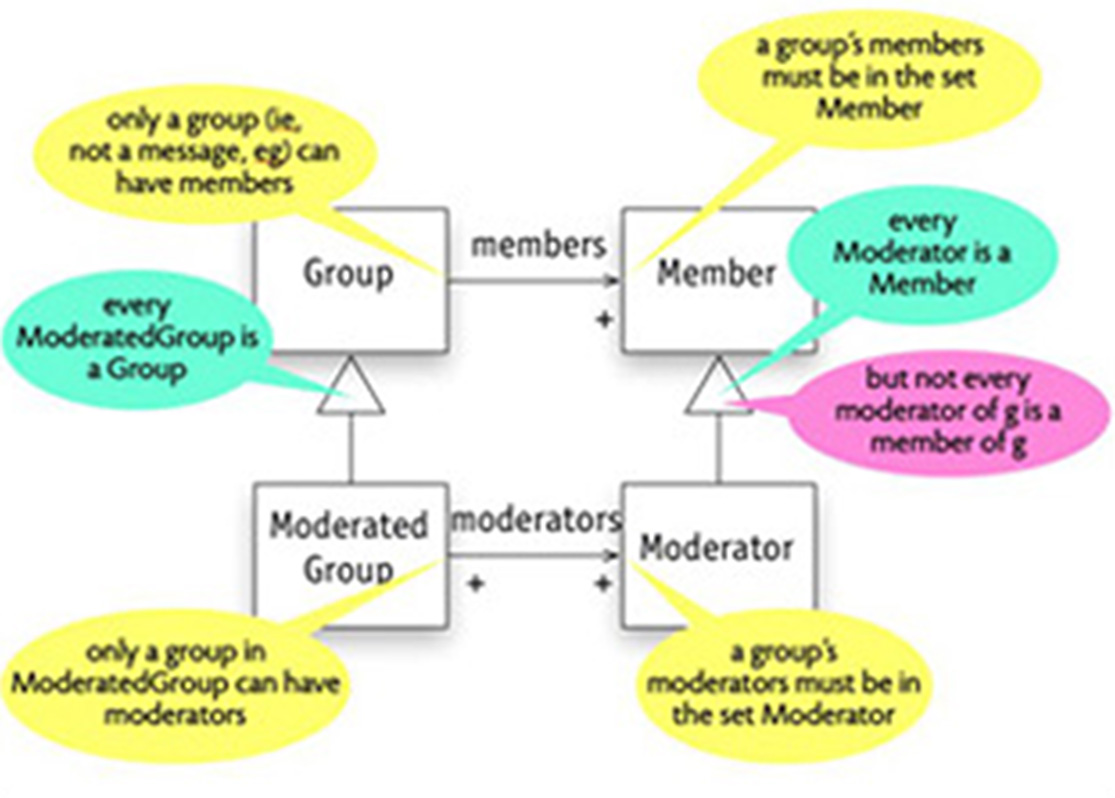 Covers design and implementation of software systems, using web applications as the platform. Emphasizes the role of conceptual design in achieving clarity, simplicity, and modularity. Students complete open-ended individual assignments and a major team project. Enrollment may be limited. 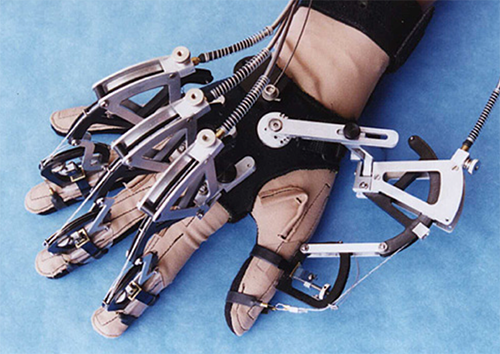 Interdisciplinary, project-based course in which small teams of students work closely with a person with a disability in the Boston/Cambridge area to design a device, piece of equipment, app, or other solution that helps them live more independently.

Topics include basic technologies for handling speech, vision, pen-based interaction, and other modalities, as well as various techniques for combining modalities. Substantial readings and a term project, where students build an interface. 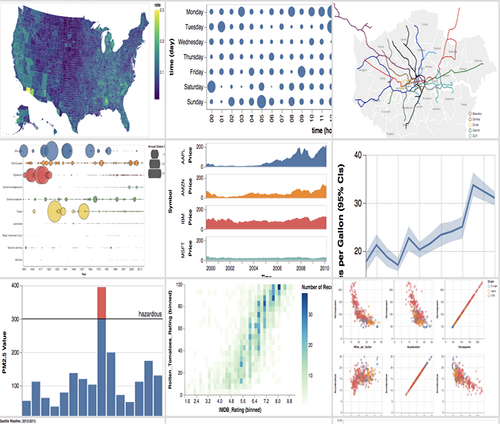 Interactive visualization provides a means of making sense of a world awash in data. This course covers the techniques and algorithms for creating effective visualizations, using principles from graphic design, perceptual psychology, and cognitive science. Short assignments will build familiarity with the data analysis and visualization design process, and a final project will provide experience designing, implementing, and deploying an explanatory narrative visualization or visual analysis tool to address a concrete challenge.

As a PhD student: apply to the MIT EECS PhD program by December 15.

As a postdoc or UROP/SuperUROP/MEng: email individual faculty directly.